How do I help this child? (Year 5, came to me as a level 1c writer.)
This is his work, heavily assisted by an adult, in September this year: 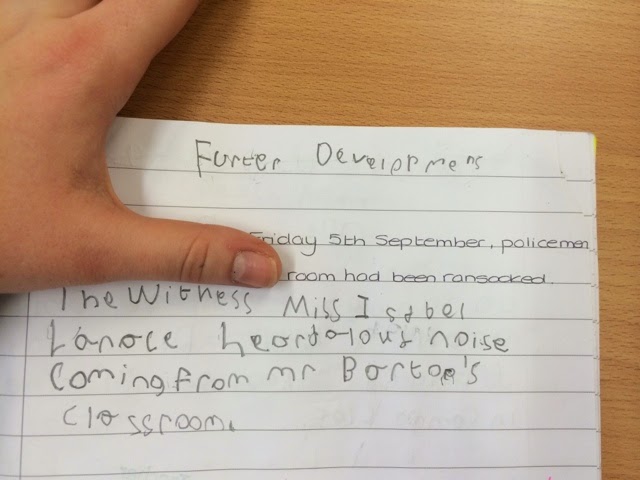 Obviously all words were dictated to and spelt for him. That is half an hour's worth of work.
This is a piece of completely independent work he did today. 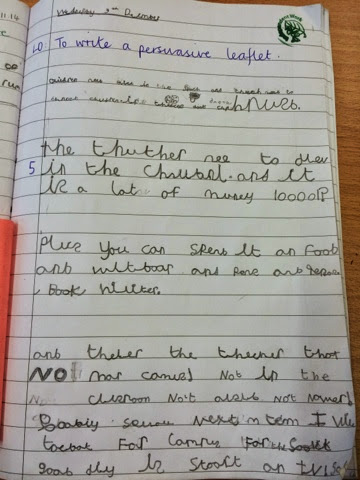 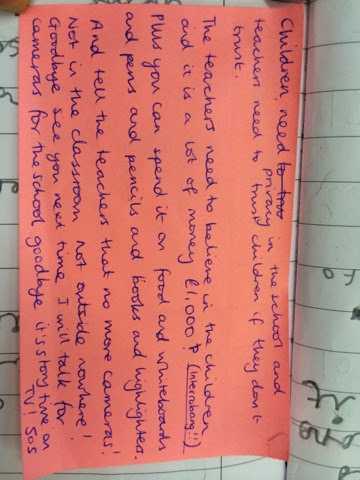 Yes, the spelling is awful (I have a suspicion he may be dyslexic, but I'm not expert). But he can read his own writing (which he couldn't in September). His stamina is also improving, and is starting to understand paragraphs. His handwriting has improved massively. He isn't always consistent with capital letters but does use them when he is reminded (I wanted this to be independent though so I left him to it).
For me, there is clear progression here. But I'm really struggling to be able to say he's working towards a 1b: 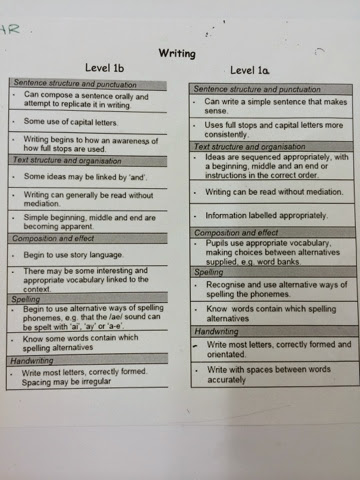 Do you think he's far off? What can I do to help him? I've tried so many things. Maybe I'm just being hard on myself because he clearly has improved since September. He is enjoying writing now, too, which he didn't before.
Any ideas??
(P.S. I do know it's not all about levels. I hate data. But you know what it's like...)
Find me on Twitter @Miss_RQT (previously @MissNQT)
Posted by Unknown at 15:47 4 comments: